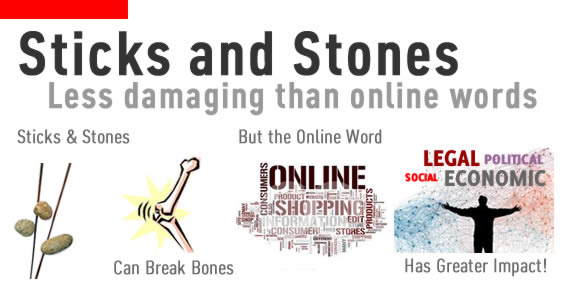 What an interesting topic this makes for the end of this week. Two separate articles published by The Age both capture in essence, the impact online words and media have in influencing political, social, economic and legal spheres in Australia.

The first article by reporter Michael West titled “It’s a ‘dog eat blog’ world out there” discusses the impacts of a blog on corporate shareholders. One very salient point made was that the internet is global and instantaneous.

Whilst both articles are separate in nature, I feel they both touch base with just how difficult and debilitating the subject of online media communications can be for the courts, members of parliament (MPs), consumers and business. One the one side, we have online media communications purportedly infringing rights and freedoms and on the other side it is hailed as a medium to disseminate information to the masses.

Good thought provoking points are raised in both articles. Is it appropriate to have online media governed by 100 year old laws? Is freedom of speech too restrictive in Australia? Do governments fear the ease, accessibility and freedoms we as individuals can use on the internet to voice our ideas?

I think the most poignant question to ask ourselves is “why are still grappling with these issues”? From a personal viewpoint, I think that society’s attempts to grapple with the management and control of the internet are similar to the problems faced trying to cure the common cold. By the time we have inoculated against one viral strain, it has evolved and permeated into numerous more strains.

One image or video posted online to youtube can ultimately go viral resulting in not only its replication on millions of other websites, but also see thousands of new permutations or mash-ups.

By the end of this post I have more questions than answers. Can this online media revolution be contained? Should it be contained? Who should be empowered to contain it? How do we prevent it from being abused?

What are your views of both the articles and this post I wonder?